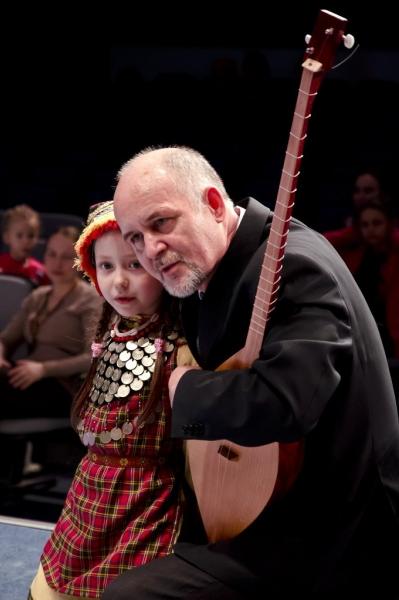 Every year, at June 23, we celebrate the International day of folk musicians. There’s an important figure in Kryashen ethnomusicology for who the folk musical instruments play the most vital role in his life as well as in his career. We are talking, of course, about Gennady Makarov, an Associate Professor of the Ethnomusicology in N.G. Zhiganov Kazan State Conservatory.

“I was, like every other child, always open to everything bright and art-related. I was born in Almetievsk which was just a big village at the moment, so it was mostly traditional way of living there. I used to spend Summer time in the nearby village, listening to the live music played in the evenings. I always loved listening to the accordion players there and followed them everywhere during the holydays. I’m also fluent on my native language. I think it’s most likely for the interest towards the ethnic culture to appear in places like that, in suburban areas at the edge of country and city life styles, where you can compare them for yourself. When I went to school where everything was taught only in Russian, I felt like I was living in two worlds at the same time; one world Tatar language and traditions, the other was completely new and didn’t belong to my ethnic group or my nation. That’s when I realized that I was losing my familiar world for good, and I didn’t want it to happen. Since then I was highly interested in the ethnic culture.

Learning history at school or listening to the Tatar songs on the radio I slowly came to realize how unfair it was that we didn’t have nearly enough information about the Kryashen people. It’s not possible to understand the Kryashen culture without having enough knowledge of the other cultures nearby. This is why I’m so curious about Tatar culture and history in general. I also read the books about the Udmurt, Mari, Chuvash people, compared their cultures and drew some conclusions from there. Later this interest of mine grew to something more, on a more serious level.”